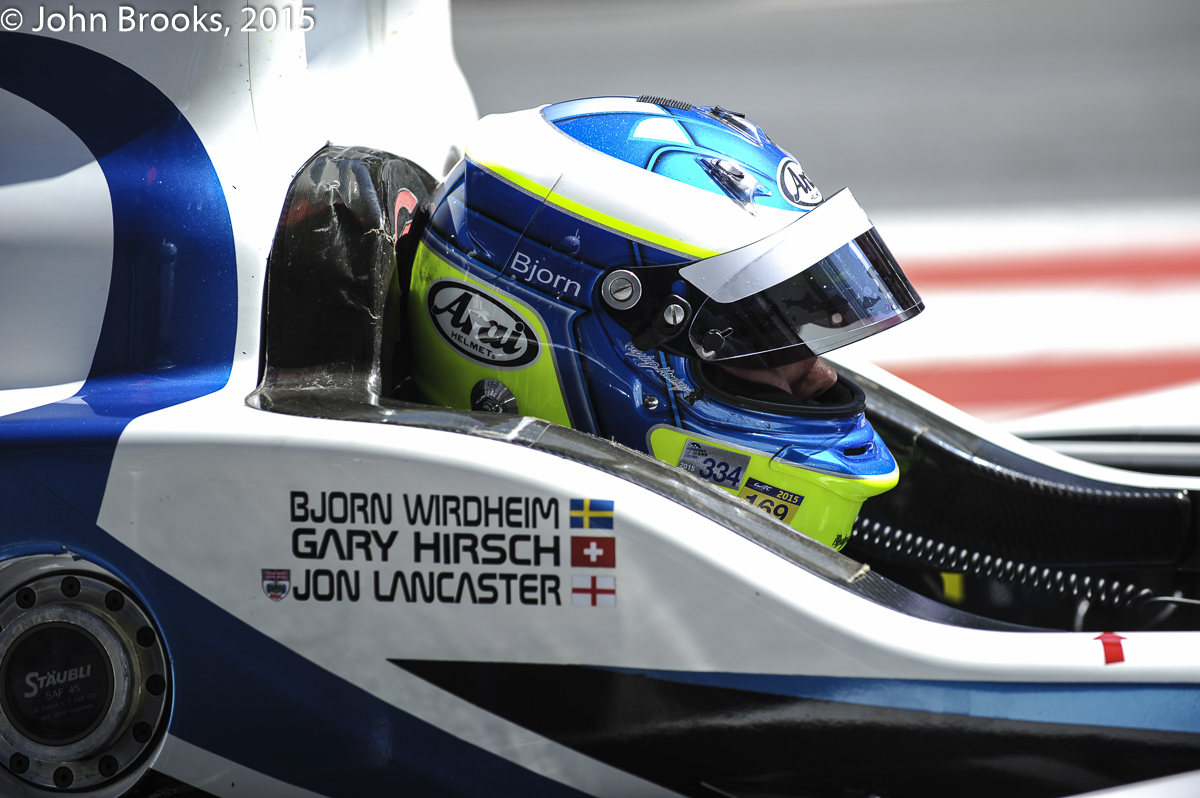 It was a tough day at the office for the team, getting off to a bad start in the Qualifying session in the morning when Gary had a collision with the barriers at Turn One.

The damage looked ominous at first glance but the guys knuckled down and got the car ready in time for the afternoon race.

Gary drove the first two stints, taking the car as high as second from the grid position of eighth. However during his time at the wheel he incurred two penalties for Yellow Flag infringements.

This gave Bjorn and Jon a mountain to climb in their stints but refusing to give up they took the car back up the leader board and were closing in on the final podium position when the Chequered Flag was shown to indicate the finish of the race.
The result means that Greaves Motorsport are still third in the championship standing, still in with a strong chance of outright honours.
Tim Greaves, Team Principal.

“That was a mixed race for the team, the level of the opposition is so strong that you cannot afford to make any mistakes, so we paid the price for that. However we showed good pace throughout the race and the guys on the team did a fantastic job of repairing the car in the short time available. Our fourth place was not representative of our potential but the points scored keep us in close contention for the titles. We will come back stronger at the next race.”

“It was a day of contrasts for us, for a short while we might have not been racing but the guys on the team, who are the best, showed why they are so highly regarded in the pit lane. Our package of Nissan engines, Gibson chassis and Dunlop Tyres is the best on the grid, we did not do them justice today but we fought back in adversity and the result is testament to that fact. It keeps us in the hunt for the titles, we are looking forward to the next race at Le Castellet.”