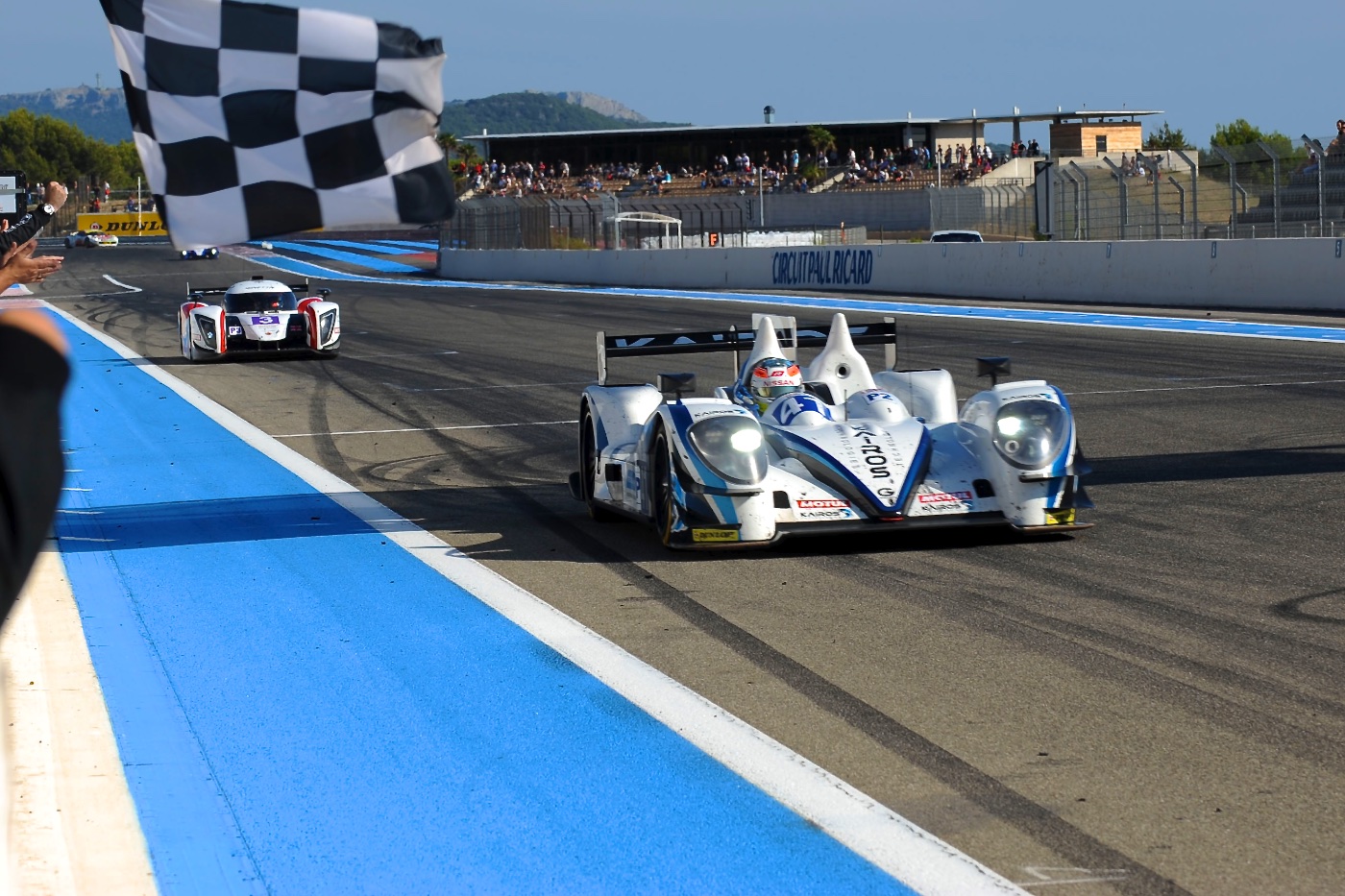 Greaves Motorsport secured by Kairos Technologies scored a win today in the 4 Hours of Le Castellet, the fourth round of the 2015 European Le Mans Series.

The driver line up of Björn Wirdheim, Gary Hirsch and Jon Lancaster, driving the team’s Nissan-powered Gibson 015S, climbed through the field to take the lead halfway during the race and were in contention all the way to the chequered Flag.

Wirdheim took the opening stint from eighth place on the grid after a disappointing Qualifying session where the team struggled to get the optimal set up in the unusually cool conditions.

The Swede manoeuvred his way through the frantic early race period to hand over to Hirsch in fifth place. Hirsch’s marathon stint saw him rise up the order till he hit the leader’s spot about halfway through his session.

After double stinting he handed the car over to Lancaster who immediately set about restoring the team’s position at the head of the field.

Lancaster pulled off a series of audacious overtaking moves that excited the TV commentators and reminded everyone why he is highly rated in the paddock.

He finished second on the road but the team was promoted to first place after the leader was penalised by the Stewards for an infringement of the Sporting Regulations and demoted to third place.

The result means that Greaves Motorsport secured by Kairos Technologies is in second place in the title chase, just one point adrift from the leader and in contention for victory with the final round to be held at Estoril next month.

“That was an exciting race and a great performance from the team. We had a strategy in place from our position on the grid and it eventually paid off. The race was another example of just how competitive the European Le Mans Series is at present, almost every car is in contention for the podium, so getting a win really means something. We had real pace in the car and Jon showed why he is so highly regarded as a racer. We are still in close contention for the titles that will be decided next month in Estoril, it will be tough but we will be going flat out for the win.”

“We were really competitive from the start of the race, this is testament to the hard work that the guys put in preparing the car and then engineering it to achieve the maximum performance. It helps to have partners such as Kairos Technologies, Nissan, Gibson and Dunlop, we could not achieve these results without them. We will be aiming for the win in both the race and the Championship next month in Portugal, it will not be easy but we will be on maximum attack.”