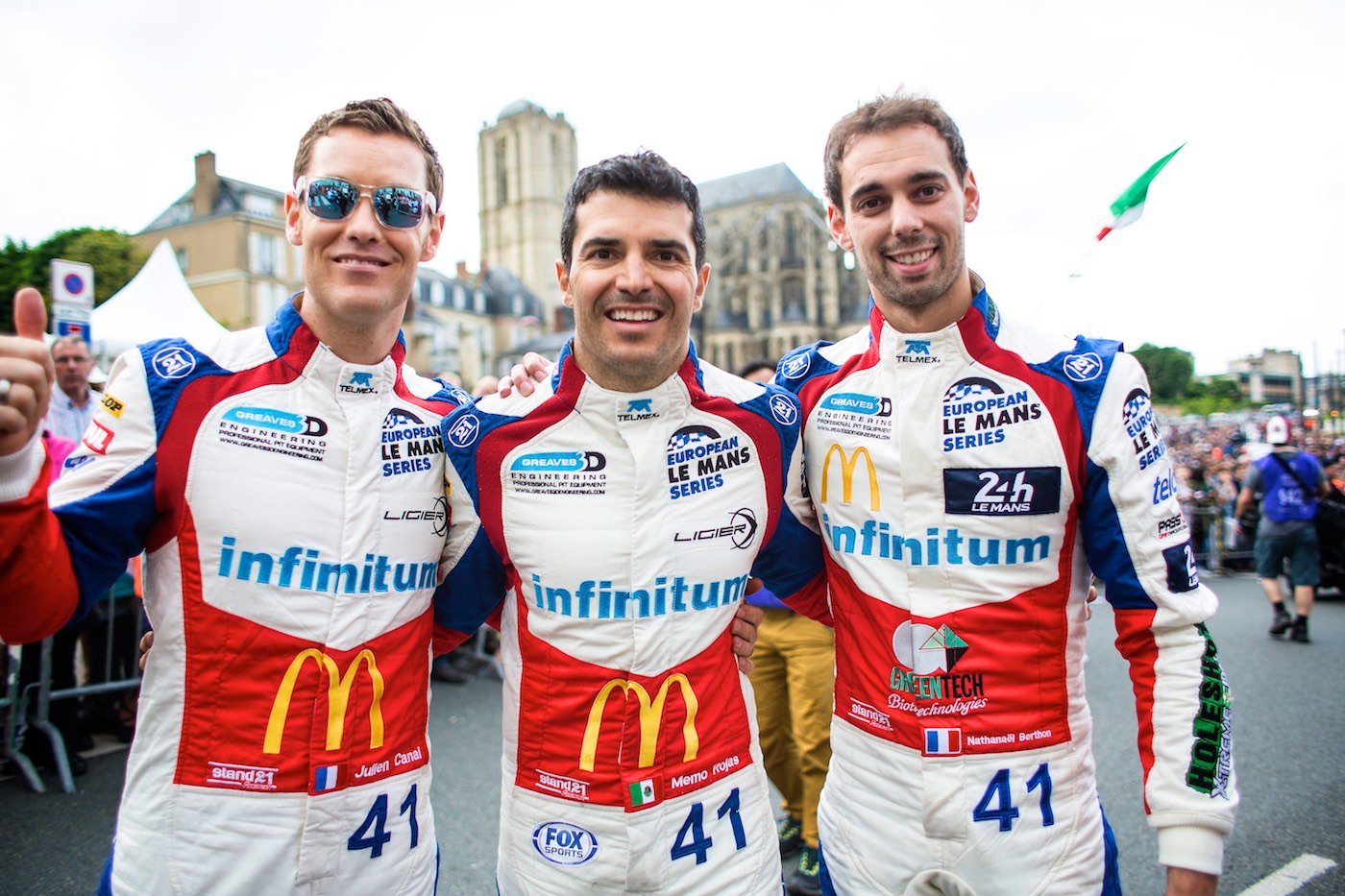 Greaves Motorsport has confirmed Nathanaël Berthon will drive for the team alongside Memo Rojas and Julien Canal for the four remaining rounds of the 2016 European Le Mans Series.

Berthon made an impressive debut for the team at the Le Mans 24 Hours last month. He and his team mates secured sixth place in the LM P2 class, and a top ten finish overall, in the team’s Nissan-powered Ligier JS P2 prototype.

“After hitting the top ten at Le Mans, I am delighted to join the Greaves family for the rest of the season. The relationship with my team mates gelled from the first day and the ambiance within the team is really good! I am convinced that with the package of the team, car and drivers we have all the elements to be very competitive and to fight for victory for the rest of the ELMS season. I would like to thank both Jacob and Tim Greaves for giving me this great opportunity!”

“We are very pleased to retain Nathanaël for the rest of the season. He proved his pace at Le Mans and fitted in very well with his co-drivers and the team. Nat will be a major factor in the push to retain our title in the European Le Mans Series, though we recognise that this will not be easy given the quality of opposition. We are looking forward to the Red Bull Ring this weekend with increased confidence of a strong performance.”