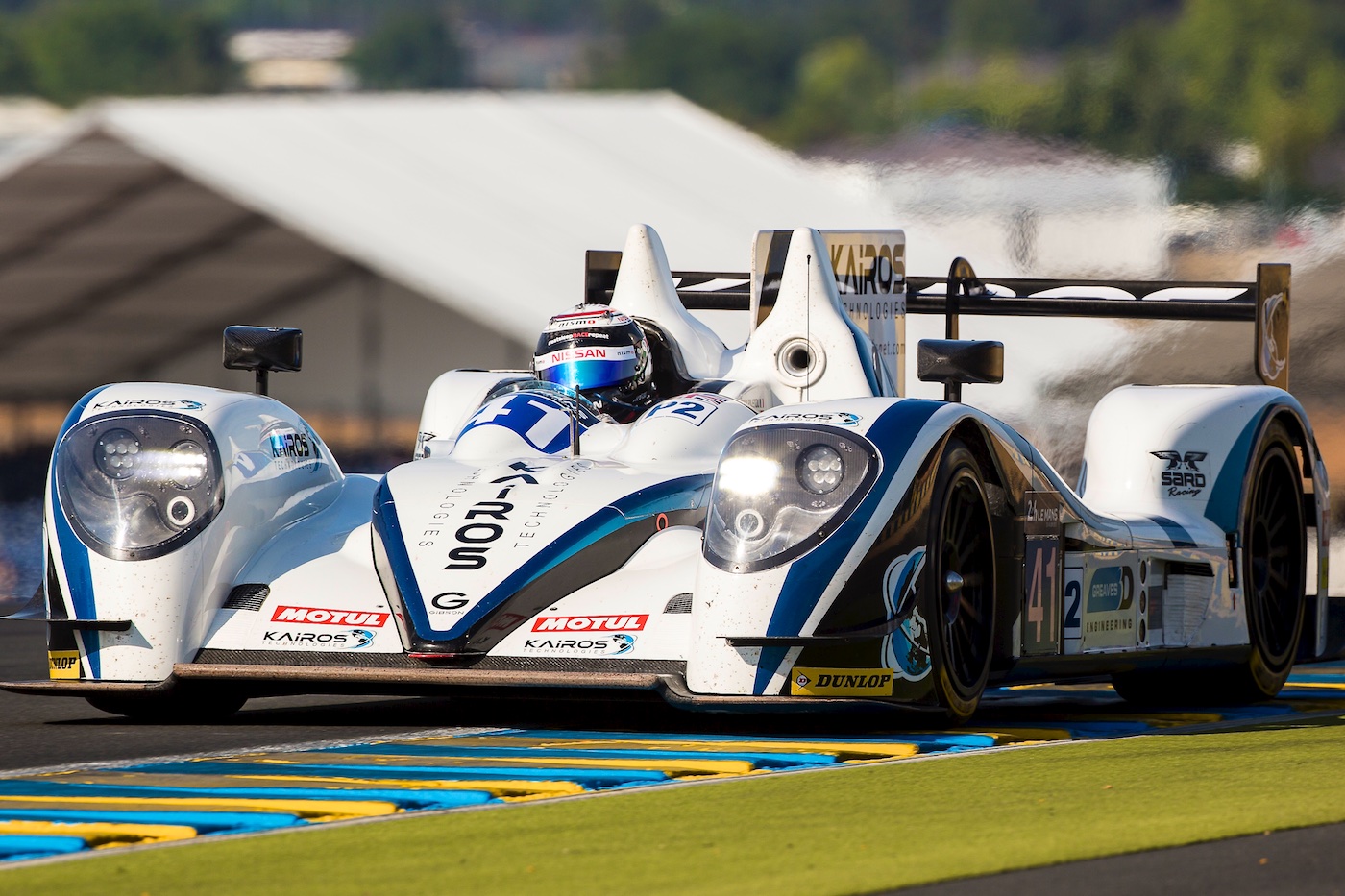 After a strong performance in the opening quarter of the 2015 Le Mans 24 Hours the Nissan-powered Gibson 015S LM P2 prototype of Greaves Motorsport Secured by Kairos Technologies was forced to retire with an electrical failure.

From the start of the race Jon Lancaster maintained his Qualifying pace to run comfortably in the leading group, driving a quadruple stint before handing over to Gary Hirsch as the evening approached.

Just after the fifth hour of the race was completed, and while chasing down the leader, the Swiss driver was stranded out on the circuit as a result of a battery failure.

Gary worked tirelessly for the next two hours trying different procedures to fix the problem and get the car back to the pits.

He was supported and guided in this endeavour by the team, both track-side and in the pit box, but all their combined efforts were to no avail and retirement was the only course left open after all possible solutions were exhausted.

Sharing the deep disappointment of the team was the third driver, GT Academy graduate Gaëtan Paletou. Gaëtan was preparing to make his Le Mans debut in front of a group of enthusiastic and patriotic supporters but his ambition was frustrated with the premature retirement of the car.

“It is difficult to adequately express our disappointment at this unfortunate sequence of events. We were in a good position after Jon’s opening spell behind the wheel, with all going according to the strategy we had created before the race. Then during Gary’s stint there was a problem with the battery which lost all power, causing the car to come to a halt just after the Dunlop Bridge. Both Gary and the team performed near miracles trying to use alternative power sources to get the car restarted and back to the pits, fixing the problem would have been relatively straightforward but sometimes in racing things do not go your way. One positive to come out of this incident is that if we have a vacancy for Chief Mechanic we will be calling Gary first……….
We were all really disappointed that Gaëtan did not get to drive, his performance in the car during the week is further evidence of the value and validity of the GT Academy, but his time will come.
Now we must prepare for the rest of the season in the European Le Mans Series, we still have a Championship to fight for.”

“This was not the result that the team had worked so hard for. We were running strongly in the leading group of our class and had a good result firmly in our sights, however this was not our year. Our partners, Kairos Technologies, Nissan, Dunlop and Gibson were an integral part of our efforts here at Le Mans and all made significant contributions to our strong performance. We will regroup over the next week or so and be back fighting for victory in Austria next month.”