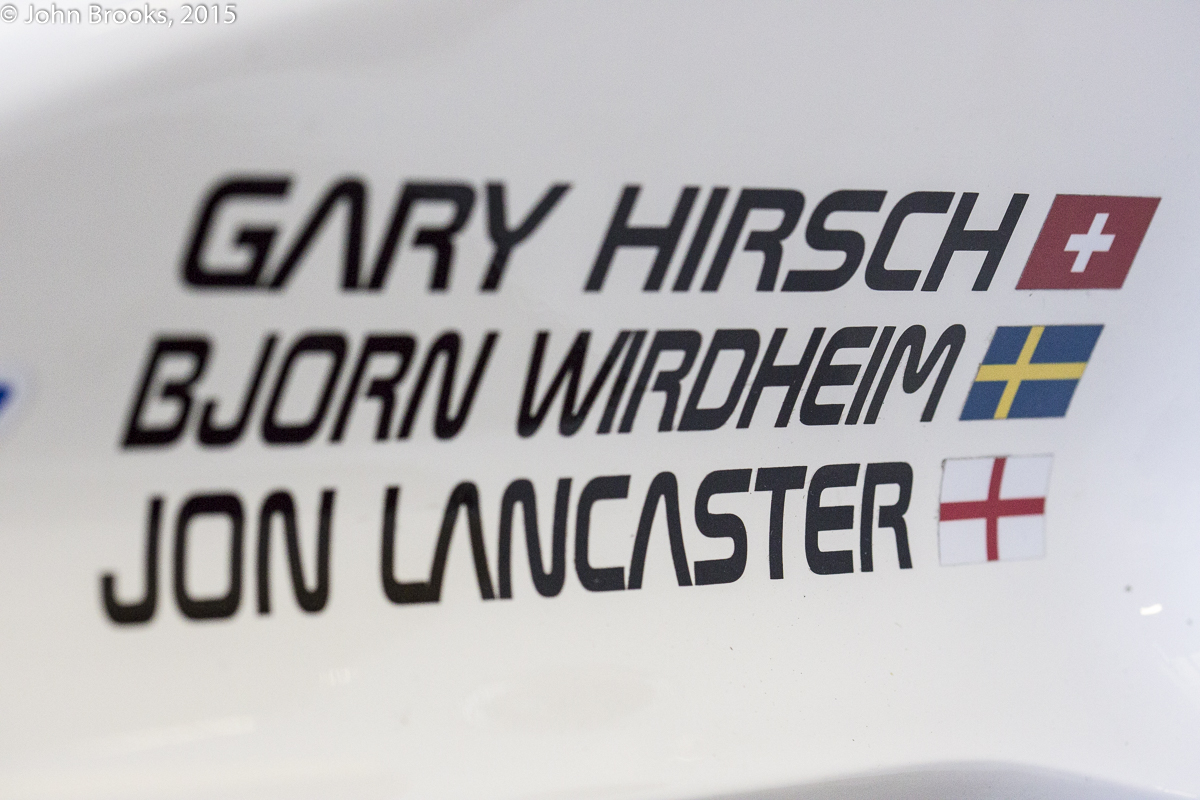 Greaves Motorsport Secured by Kairos is pleased to confirm Gary Hirsch, Jon Lancaster and Björn Wirdheim as their drivers in the European Le Mans Series and the 24 Hours of Le Mans.

The trio had a very profitable time on track during the ELMS Official Test Days held at Circuit Paul Ricard last month, cementing their bond as team mates and gelling well with the team.

Gary Hirsch is 28 years old and comes from Switzerland. After an extensive career in karting and single seaters Gary turned his attention to endurance sportscar racing in 2013 and was rewarded by winning the ELMS LMPC Driver’s Title with three wins in five races.

Graduating to the LM P2 class in 2014 he built upon that success with an outright win at the 4 Hours of Paul Ricard and podiums at Silverstone and Estoril.

Jon Lancaster is from Leeds in the UK and is 26 years old. He has a very strong record in single seaters, including two wins in GP2 the category generally held to be the stepping stone to Formula One. Jon made his endurance racing debut with Greaves Motorsport in 2013 finishing on the podium in the 6 Hours of Bahrain.

Swedish driver Björn Wirdheim is 35 years old and also has had an extensive career in single seaters, including spells as a test driver for the Grand Prix teams, Jordan, BAR and Jaguar, as well winning the International Formula 3000 title in 2003.

Since then he has competed successfully in Japan. He too raced with Greaves Motorsport in 2013 joining Jon on the podium in the final race.

“The driver line up of Gary, Jon and Björn is very strong, all are fast and experienced, which is just the mix required for success in endurance racing as we have proved in the past. Their input and the input of our racing partners, Kairos Technologies, Gibson, Nissan and Dunlop will give us a platform to race at the highest levels in what will surely prove to be a very competitive LM P2 category at Le Mans and in the European Le Mans Series. We are cautiously optimistic about the 2015 season.”