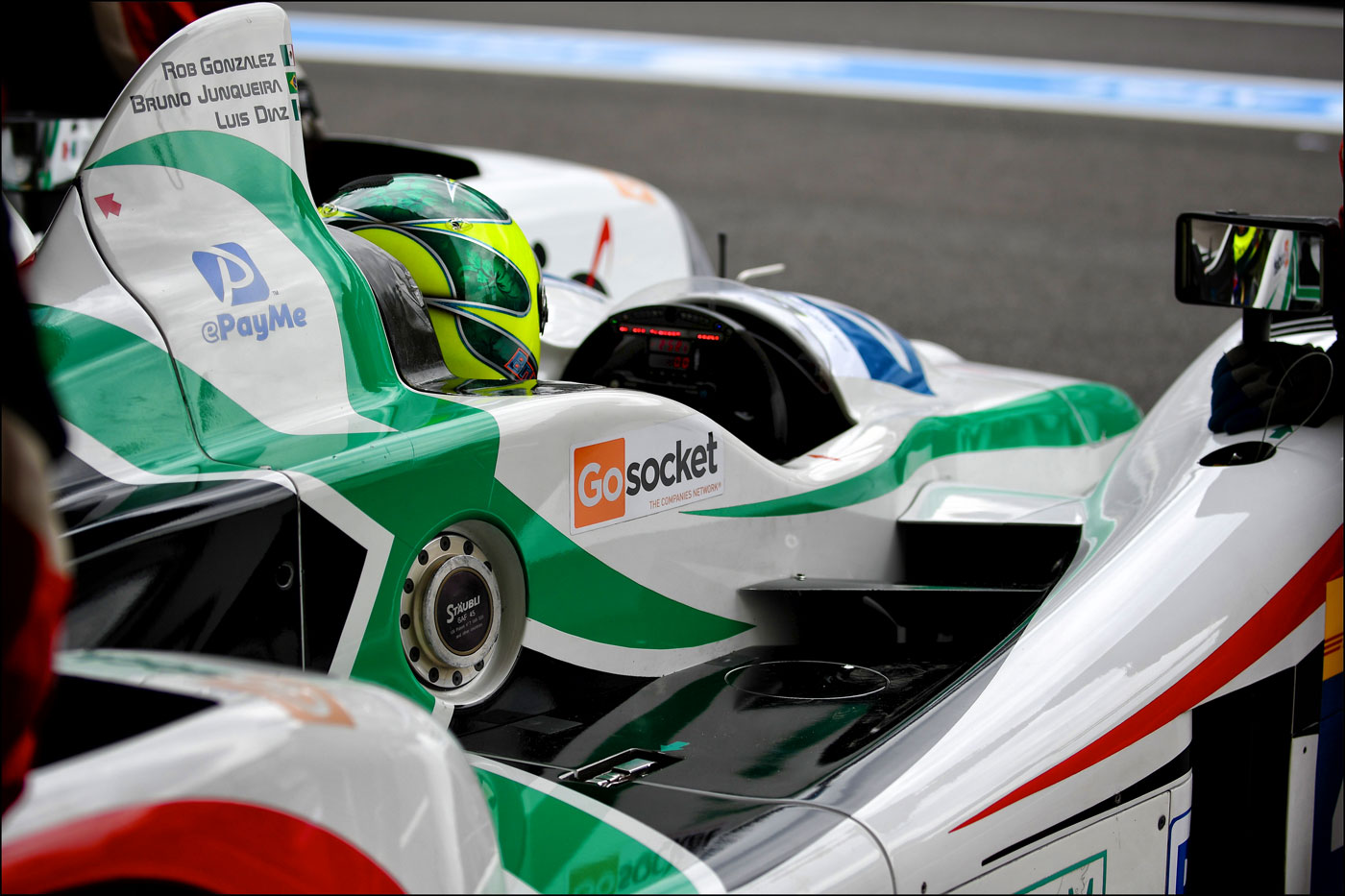 The reigning European Le Mans Series champions returned to the FIA WEC this weekend for its first six hour WEC event since the end of 2013. Junqueira, Gonzalez and Diaz kicked off a strong fightback which pushed them up as high as third in class before finish fifth at the chequered flag after six hours.

The three drivers had to battle variable weather conditions with a number of rain showers striking the Mexico City circuit – forcing a switch to Dunlop intermediate rubber on a number of occasions throughout the race.

Next up on the schedule for Greaves Motorsport is the upcoming round of the European Le Mans Series on September 25.

“We had an eventful race. I’m very satisfied and all three drivers were excellent and had very good pace.
“We were very unfortunate that Bruno got hit right at the start and really cost us a podium I think. If we hadn’t had lost a lot of places and fallen back to last place, I think we could have finished third.
“It is great to be back and considering the team hasn’t been running the WEC this year, the car hasn’t run this year the drivers haven’t been racing regularly either – to finish fifth after such an eventful race is great. I think if we keep going we’re going to get a lot of podiums.”

“Unfortunately I got hit on the start and ended up last. I managed to pass a couple of guys but we were struggling in terms of straight line speed but the car was very good in the corners.
“So it was difficult to pass but I managed to recover some ground.
“In the damp we were one of the best cars and we were up to third at one stage.
“We ended up fifth and I am very happy. The car was very reliable and we had great pit stops with the team.
“We had no mistakes and had a very clean weekend. We were close to being in podium contention but it didn’t happen. I’m very grateful for the opportunity and happy to have such a good race.”

“It was a tough race for us after Bruno got hit in the beginning of the race.
“That cost us a little bit but I think in the end the team did a great job.
“We ended up P5 in a very competitive field and for our first race I think it was pretty decent so I’m very happy.”

“It was a challenging race in Mexico with weather playing havoc. All three drivers did a great job. They performed well in their stints, they coped well with the mixed conditions driving on intermediates and slick tyres and it was just unfortunate that Bruno got hit on the first lap which cost us 30 seconds at the start.
“Also Luis had a small spin in the middle of the race. Without those two problems I think we could have finished on the podium which would have been our deserved position from today’s efforts.
“But fifth place it is today and we’ll come back stronger in the future. The team has very much enjoyed racing back in the FIA WEC and we’d love to be back here on a regular basis.”