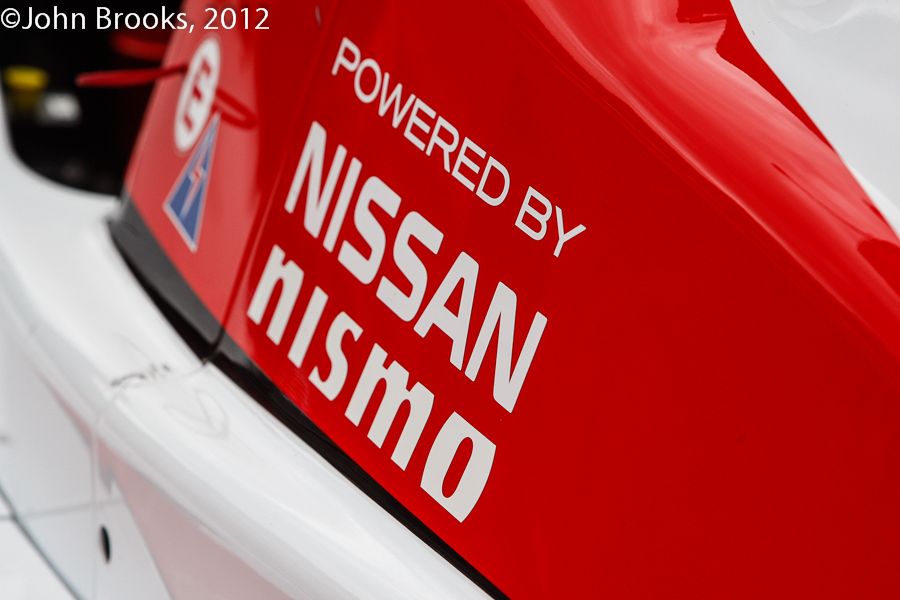 The foundation of Greaves Motorsport’s successes over the last five seasons has been based on the extended relationships with their partners, Motul, Dunlop Tyres, Gibson Technology and Nissan/NISMO.

In respect of Nissan and NISMO, Greaves Motorsport has been a key provider of services to Nissan’s factory-supported motor-sport programs. In fact six out of the nine drivers in the current Nissan LM P1 team have raced or tested with Greaves Motorsport. In total, twelve Nissan-contracted drivers, mostly graduates of the GT Academy, have driven or tested the Greaves Motorsport LM P2 prototypes and a further three have tested the team’s Radical SR8.

Greaves Motorsport has made a significant impact on the careers of these drivers and, in turn, the drivers have brought abundant talent to the team which has been reflected in the results.

The history starts with Greaves Motorsport’s Race Engineer, Paul Thomas, who worked closely with Nissan back in 1995 when he was part of the TWR-run, factory Nissan campaign aiming to win at Le Mans with the Nissan R390 GT1. Nissan competed with these elegant coupés at Le Mans in 1997 and 1998, with all four R390 GT1s entered finishing in the top ten in the second year. Paul established an excellent working relationship with the head of the project at that time, Kunihiko Kakimoto.

Fast forward over a decade to the Le Mans Series round at Silverstone in September 2009 where Paul was engineering LM P2 Radical of Bruichladdich Bruneau (one of several names used by the team before being re-named Greaves Motorsport).

Paul had kept in contact with his former Japanese colleagues and together they were to provide the answer to the team’s future successes. The team were about to embark on a partnership with well respected racer, Karim Ojjeh, who would bring his Zytek chassis to race in 2010.

Looking beyond that season, the question arose regarding sourcing a new engine to meet the changing regulations. Dialogue was started with NISMO engineers, Hiroshi Ebisawa and Yasuharu Kamei, regarding the suitability of utilising a Nissan V8 engine.

An investigation of other suppliers was conducted but after examining all the alternatives, Paul concluded that Nissan would provide the optimal solution, so the dialogue between the parties increased. As a sign of intent Mme. Renate Ojjeh committed to NISMO financially, ordering two engines and, as a result, NISMO commenced production of the new power-plant.

The team was renamed to Greaves Motorsport and in early 2011 received the Nissan engines. The team worked with Zytek to adapt the chassis for the installation of the new V8 engine in preparation for the pre-season Le Mans Series Official Test at Le Castellet.

Unfortunately the Nissan-powered Zytek was badly damaged at a private test in Imola forcing the team to miss the Official Test. It took many long nights to get the car ready for the first round of the 2011 Le Mans Series, also at Le Castellet. The rest is history, Greaves Motorsport won that race and also took further victories in the championship at Imola and Silverstone, cementing the Le Mans Series’ Teams and Drivers titles.

The high point of the year came at the Le Mans 24 Hours with a dominant performance and a class win by a margin of six laps, a great way to celebrate the partnership with Nissan.

The Nissan V8 has subsequently become the engine of choice for all serious competitors in the LM P2 category, indeed last week Greaves Motorsport took both the Drivers and Teams titles in the 2015 European Le Mans Series, bringing the story full circle.

However that is not the full story in the association between Nissan, NISMO and Greaves Motorsport, The team made the financial commitment in 2010 for the first two engines. This was quickly followed with another project, which turned out to be the first of many. Darren Cox (now Global Head of Brand, Sales and Marketing: Nismo at Nissan Motor Corporation) and Greaves Motorsport worked together with 1990 FIA World Sportscar Champion, Martin Brundle, and his son, Alex, to race together in the 2012 edition of the 24 Hours of Le Mans.

The third driver in the car was the first winner of the GT Academy, Lucas Ordóñez. The following year Lucas was back at Le Mans, this time with fellow GT Academy winner, Jann Mardenborough and multiple GT Champion and long-term Nissan factory driver, Michael Krumm. The Greaves Motorsport Zytek had a trouble free race and finished a very credible third after a flat out run through the heavily affected rain/sunshine race.

The relationship between Nissan, NISMO and Greaves Motorsport will continue to develop for the foreseeable future. The team offers Nissan a highly skilled and effective resource in the motor-sport arena.

The team has a broad range of engineering talents, diverse enough to satisfy the needs of a novice ‘Academy’ race driver to ex F1 or GP2 winning drivers.

For the novice driver the team provides a way of working that becomes the foundation for their racing career.

For the professional driver the team provides a highly effective race operation, excellent preparation and optimal vehicle performance that forms the basis for success in endurance sportscar races.